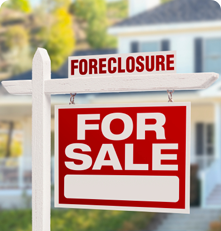 Florida homeowners make up a portion of the 9.1 million Americans struggling to hang onto homes that are worth at least 25 percent less than their mortgaged value.

In this climate of uncertain financial futures and unsteady economic opportunities, homeowners still retain some power when foreclosure looms. They can opt to file for bankruptcy, also known as the “kill switch” when lenders balk at load modifications.

Bankruptcy is not a magical solution to all of one’s financial errors. It involves making some hard choices and personal sacrifices and does not offer a long-term fix for either financial woes or their housing crisis.

Lower income debtors typically elect to file for chapter 7 bankruptcy, which is only a stay of execution to the foreclosure process. Those choosing to file for a chapter 13 bankruptcy essentially stop the foreclosure in its tracks as long as they stick to making their scheduled payments to their bankruptcy plan. These payments can be a real challenge to keep up with, however, because lets’s face facts — if they were able to readily make their mortgage payments, it’s not likely they would have wound up in either foreclosure or filing for bankruptcy.

What most people in these financial straits need is a loan modification, which lenders can sometimes be loathe to grant. Sometimes they will present homeowners with “negative modifications” that only sink them lower in rough financial seas.

Some homeowners find themselves caught up in serial bankruptcy filings or attempts to circumvent the filings by engaging in complicated schemes wherein they deed their interest in the property to others.

It’s usually preferable for homeowners to reach accord with the lender on a loan modification that they can live with on their budget. Failing that, a seasoned Florida bankruptcy law attorney can help guide them into making the best financial choices for their present situation.