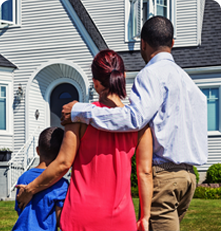 In our previous post we learned of the plight of one Florida family forced into foreclosure and ultimately bankruptcy after the birth of their disabled daughter. In this post we continue to explore the climate that enabled the bankruptcy to occur.

In 2009, researchers at Ohio and Harvard universities found “62 percent of all bankruptcies were related to medical debt.” They also found that contrary to what many people may have suspected, in a sobering 75 percent of those filings, the families actually had health insurance. Due to the rise in out-of-pocket costs since 2007, when the information used to create the report was generated, it is likely that the situation today is actually worse than the report indicates.

Since the little girl’s birth, rules regarding medical payments have changed somewhat. Due to the federal health care overhaul, there is no longer a policy cap on how much can be paid by an insurance provider in a lifetime. Beginning in 2014, out-of-pocket limits will be in place as well. In addition, nonprofit hospitals are now required to post their policies regarding the inability to pay a bill so that patients are more aware of their options.

Assuming the federal health care law is not overturned, though new policies such as these will help, it is unlikely they will completely extinguish the possibility of bankruptcy due to medical bulls. Unfortunately, the changes come too late for this family.

It was not until the little girl’s father lost his job in January of this past year that the family received assistance with her medical bills. Once both parents were unemployed, the little girl became eligible for Medicaid and her bills were covered.

Though sadly the little girl died in June of this year, creditors still contact the family at their rental house seeking to speak with her to determine how an outstanding bill will be paid.